On the road to Moc Bai, Vietnam and the Cambodia border 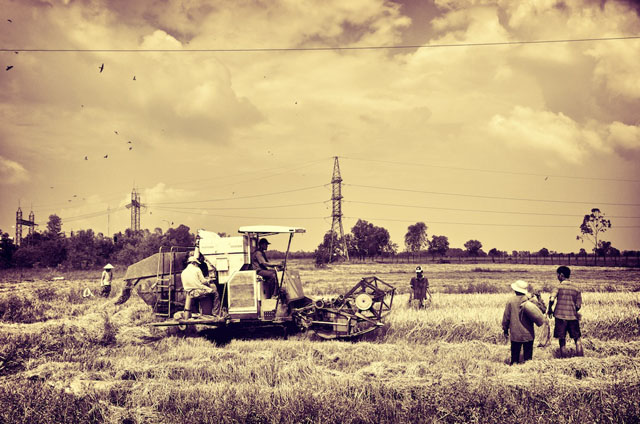 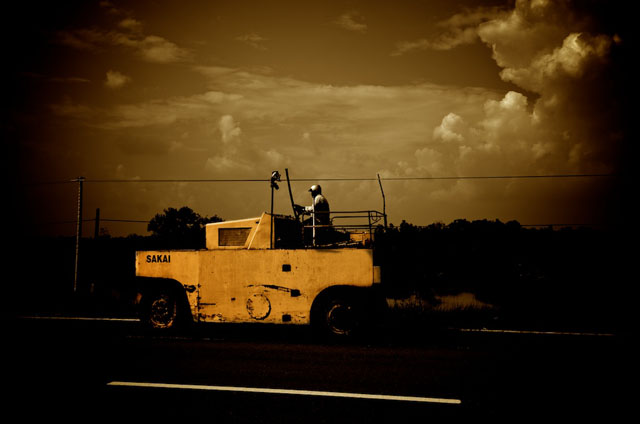 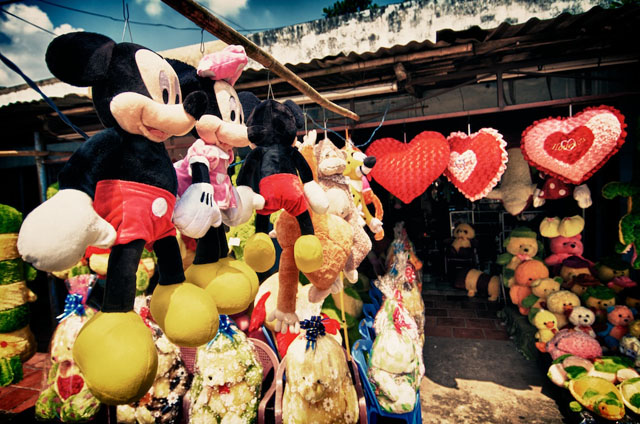 Love strung up in the air.

Pressing onwards, we come across a harvest. As the harvester cuts, the boys inspect the site and picks up whatever they can find. Dead rodents and snakes are separated into different containers. The fields holds many surprises, but man has the deadliest machine of the day as they circle around until they are done.

As we travel along the road, something catches my eye. I slam the brakes, stop the bike and lock it and start running. All the way until I reach the shore. I just made it as my finger press the shutter. The boat is where I wanted it to be, not too far away and not too close as it is continuing the lines. Pre-visualisation in action. Stepping in mud during my short sprint was worth it. 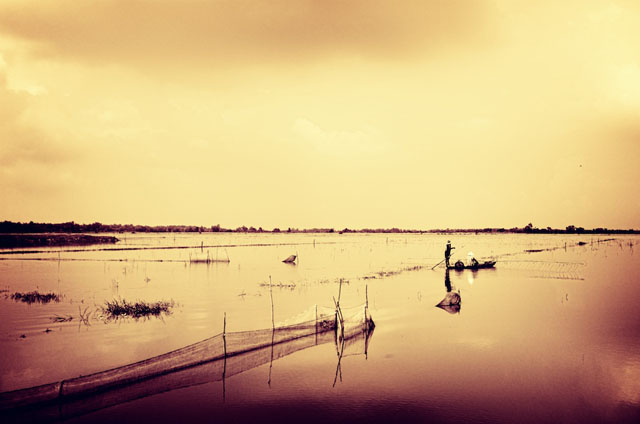 Off the main road and alongside the canal in the middle of nowhere as they normally say. That is where we see them. The boys. Just finished school. On a Saturday. In uniforms. Playing as long as they can until they split up to their separate houses. The crossroad is to them the equivalent of the water cooler for the office staff. Their hangout place. Squeezing as much time out as they can before they really ought to leave. 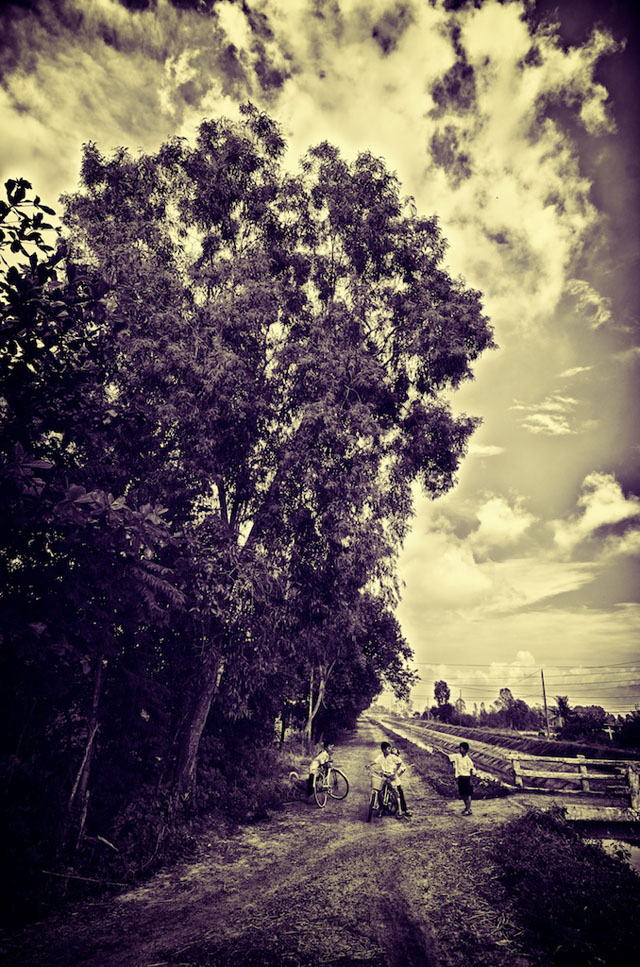 We leave them laughing behind and settle for a shot of a road sign once we reach the main road again. 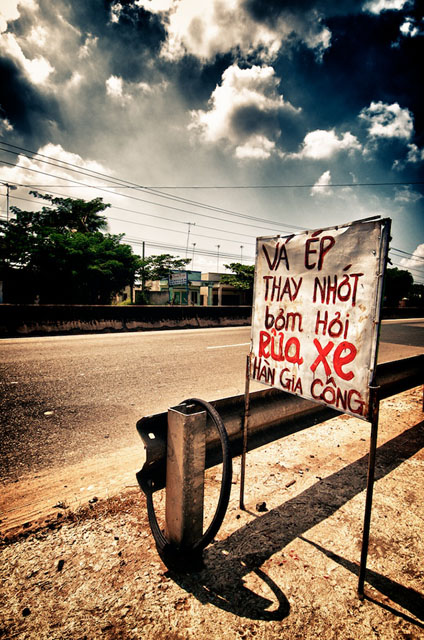 It’s peaceful along the border road. Not as much traffic as anticipated. Either goods are not shipped by articulated lorries across the border or trade has trickled down. You can judge the import/export economy by the number of lorries that ply the roads. We end up with a landscape shot in silence. 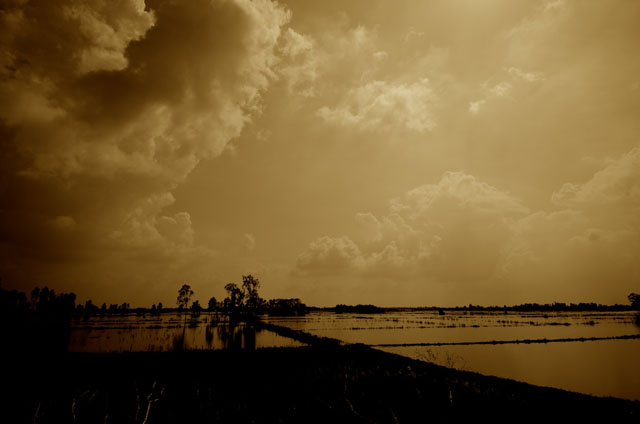 The busiest the road gets is when we do a flower close up. Note the vehicle in the distance. We have proof of traffic. It’s blurred as the famous UFO images, but dear reader, we did not put in a toy truck, nor did we photoshop one in. We did truly encounter a bit of traffic. 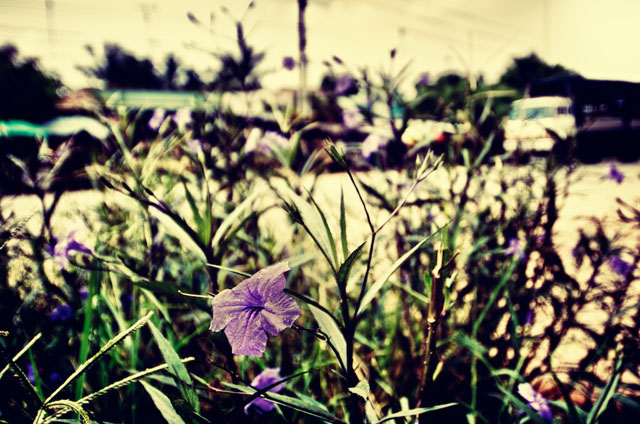 To end our journey to the countryside, what would be more fitting as an image of the “Sign of the horns”. 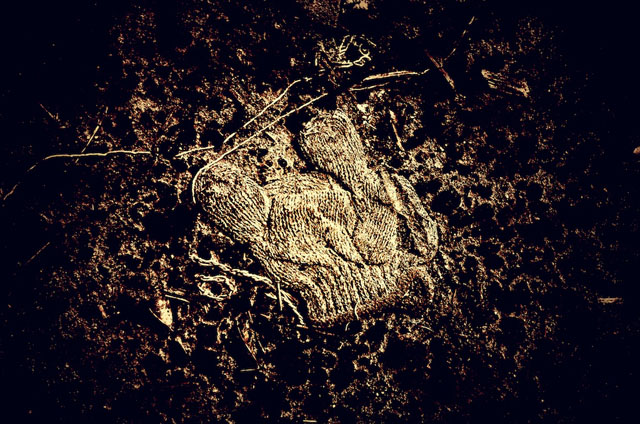