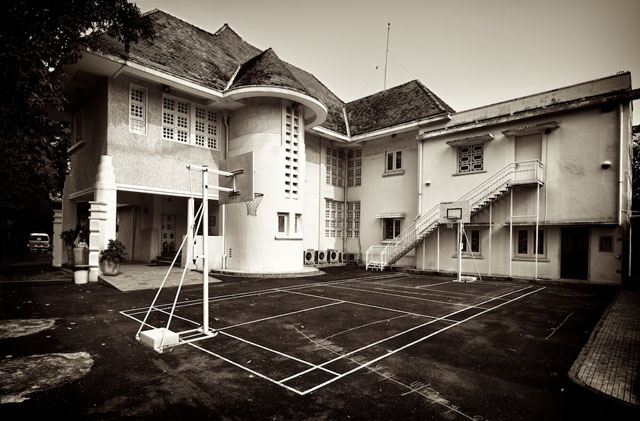 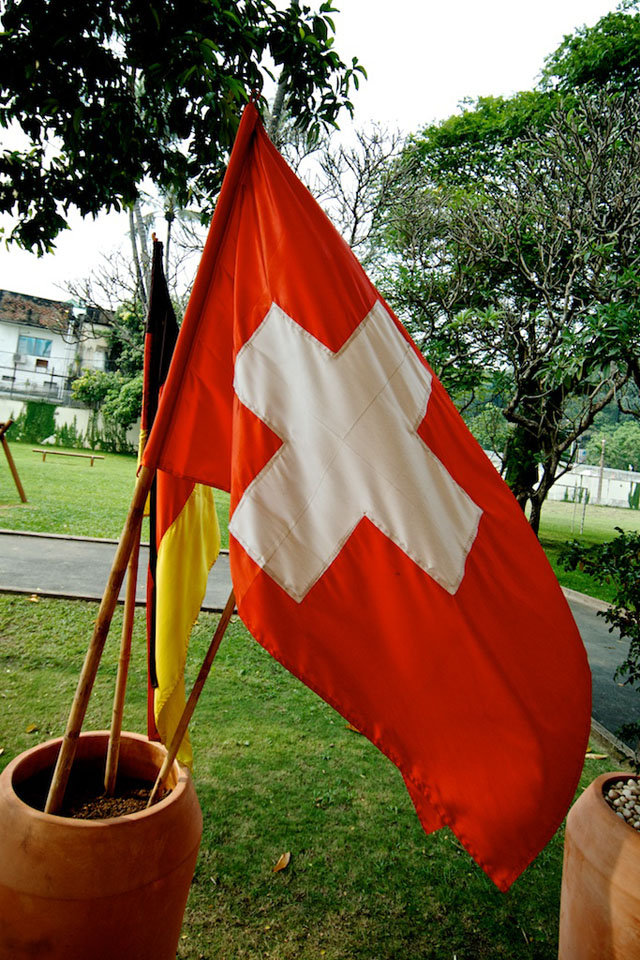 Ms Gillian Le, from my previous blog post, got in touch with me again. She had moved onwards to a new position and wanted to share the good news. I was invited for a tour of her new work place, The German International School in Saigon, GIS.

257 Hoang Van Thu Street. The street sounded familiar. I have been traveling on this road more times than I can recall. I also couldn’t recall ever seeing a German school along the way. I set out and started counting until I reached 257, a long wall opposite a park near the airport, aptly named Hoang Van Thu Park.

A school insignia and passed a guarded entrance and there I was, entering a different place, or so it felt. Coming just off one of the busiest streets I walked down a lane, almost like a country lane and headed towards a villa from a distant time and the traffic roar fading as my steps took me closer. A full-sized green grassed football pitch, newly cut, on my right hand side. Greeting signs on my left.

The villa that is the German International School, photographs well in black and white and with a hint of sepia tone. It fits its image. The staircase inside as well. Its sleek lines make a beautiful composition. No wonder Ms Gillian wanted me to have a look. In a city that is constantly re-inventing its skyline with newer buildings and designs, it is rare to be able to access some of the older ones. 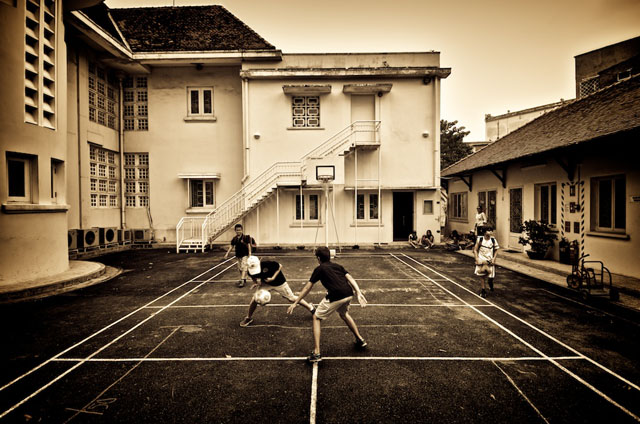 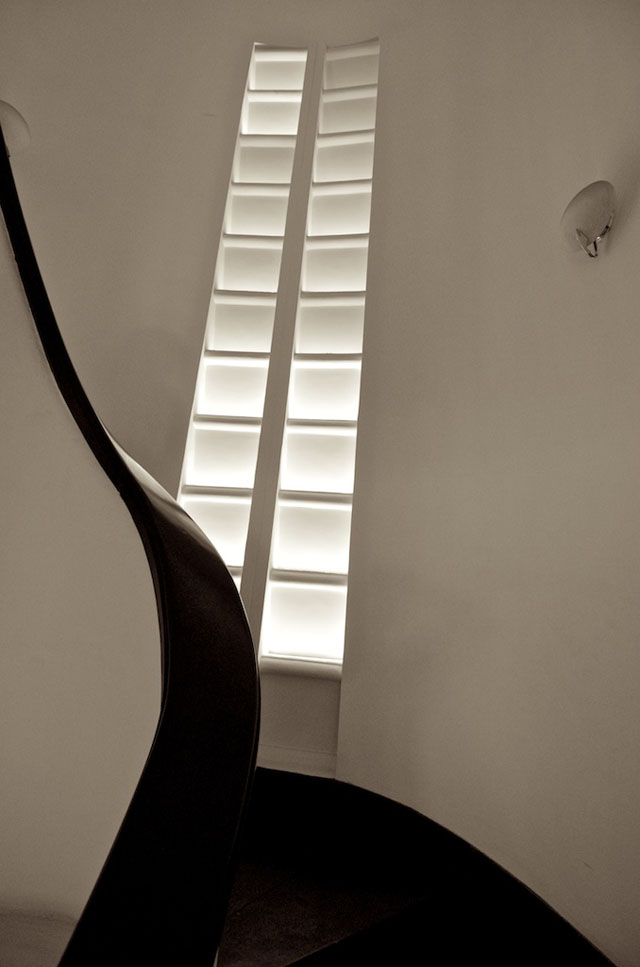 I arrived at nap time. I never quite understand how children can get into sleeping positions like this one. 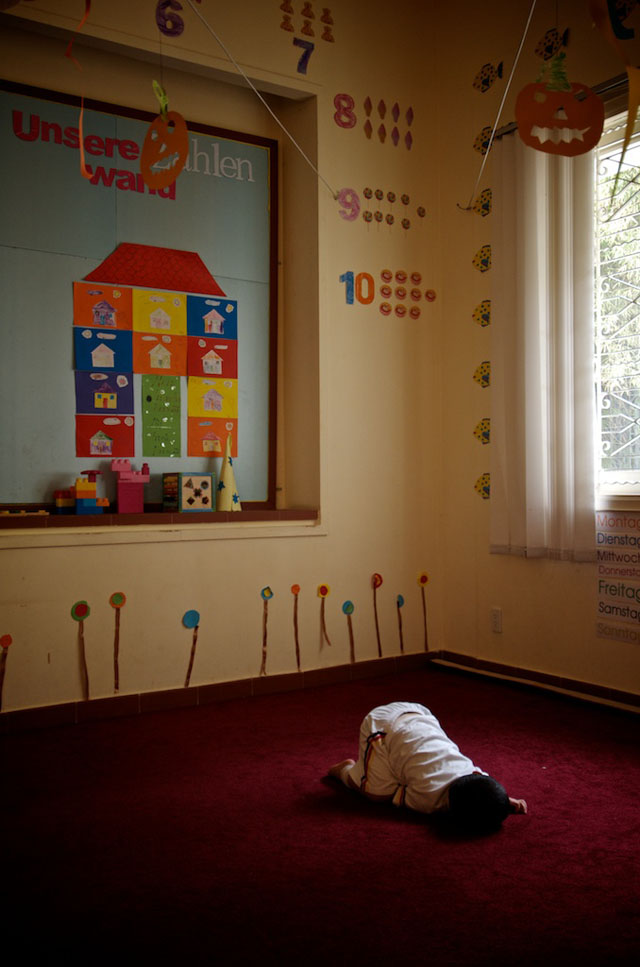 During my tour, a recurring thought hits me again and again. This doesn’t feel like a school, this feels like a house. Indeed it is, it is still a small community and very much an extended family for German speaking nationalities. 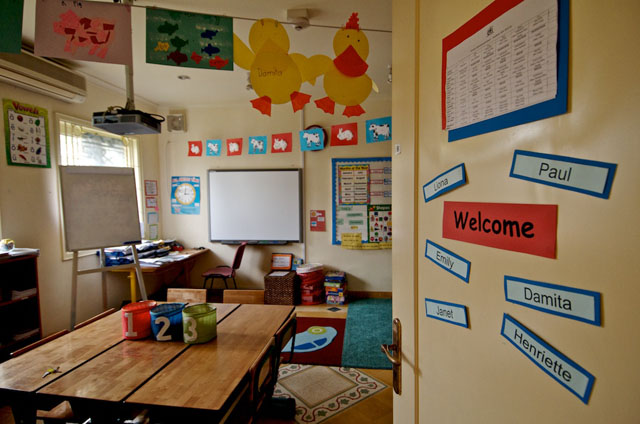 Welcome to the classroom. 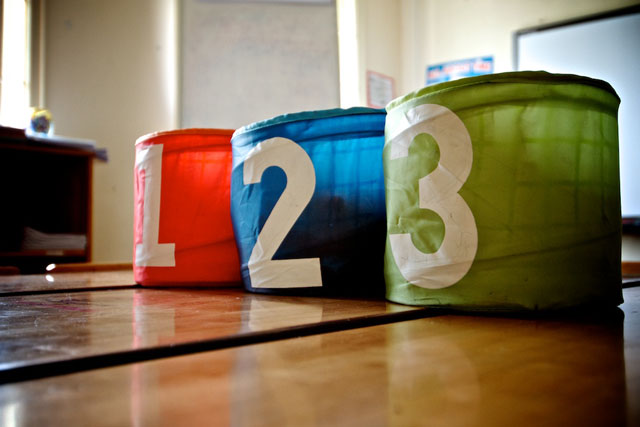 One, Two and Three. 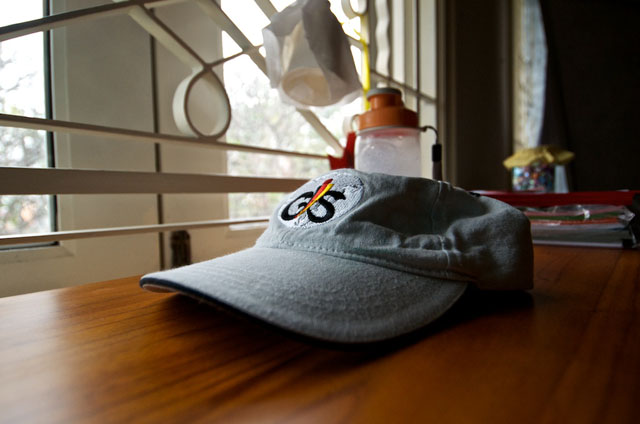 Even the hallways are filled with painted murals and the large windows are a photographers best friend. 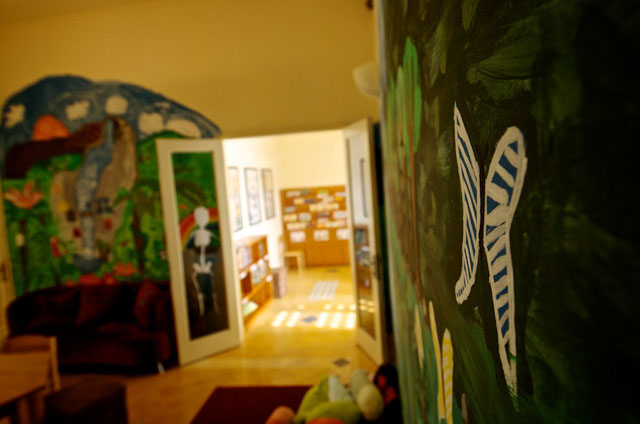 Butterfly as part of the mural. 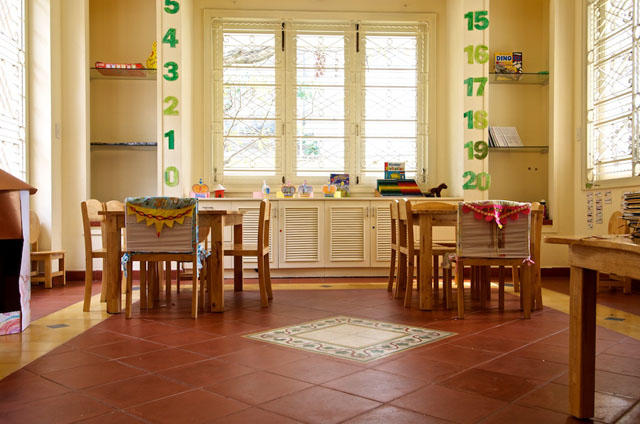 Outside again, I notice the ceramic pigs with the the German word “Willkommen” , “Welcome” in English, “Velkommen” in Norwegian and it is true, it is a very welcoming place.