A spiritual journey is good for the photographic soul

After our first road trip in the suburbs of Ho Chi Minh City, Jamie and I decided to do another. This time we remembered the sunblock and headed out for the road, to Vung Tau and back. All in a day, that was the plan. 200 km on the bike. Doesn’t sound to bad, but then the Vietnamese roads are nothing like the German Autobahn.

Plenty of CF cards, extra batteries, cameras ready and off we went in search of something to capture. It is not the destination that is of importance, but the journey itself and it was indeed true. 14 GB of capture and several image stories to choose between were more than we could have wished for. First story up, a rather spiritual take, as we somehow got drawn to monasteries and road shrines as we travelled along. 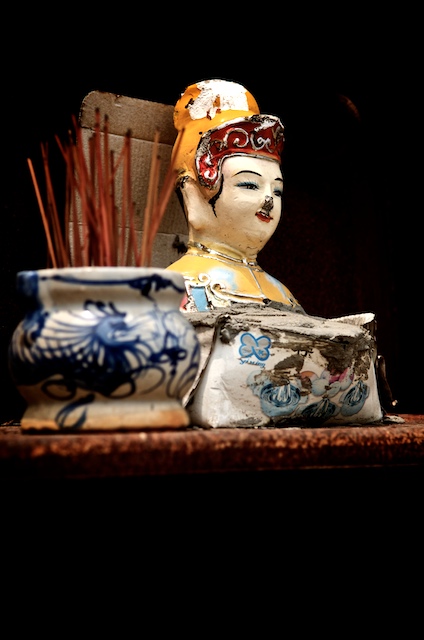 After getting off the Hanoi highway, or xa lo Ha Noi, we were taking what is to be the upgraded road to Vung Tau. In its current state it is more or less 50 km with road works and dust. Full open surgery of the landscape. Despite the changed appearance, Jamie’s local knowledge from one of the hash runs lead us to the “hidden” monastery down a side road. 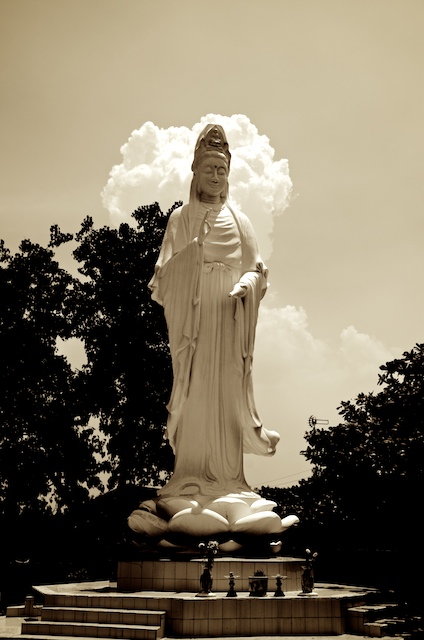 Statue in front of a monastery, on the way to Vung Tau. 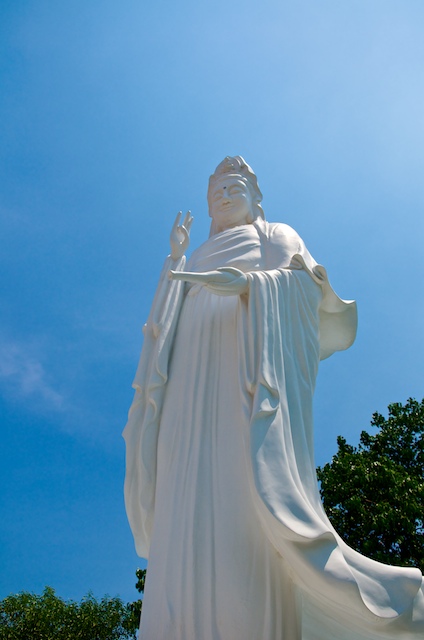 Same statue as above, different angle.

Our next spiritual discovery came when we made a stop to refresh ourselves. The place was under renovation and next to a knocked down bar with a broken pool table there was an outdoor church. 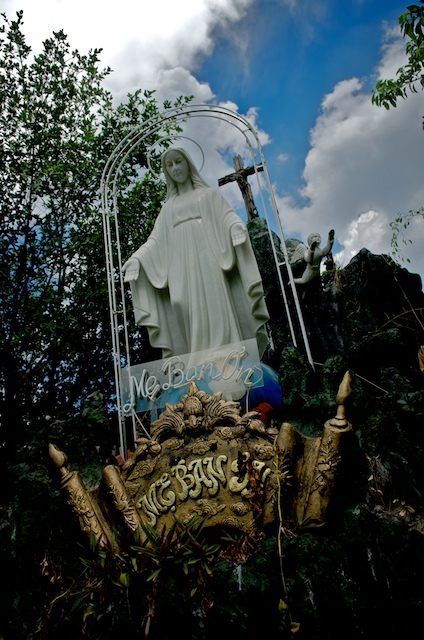 Opposite to the church was another statue that caught our attention. This is Long Thanh district after all, with LothaMilk. 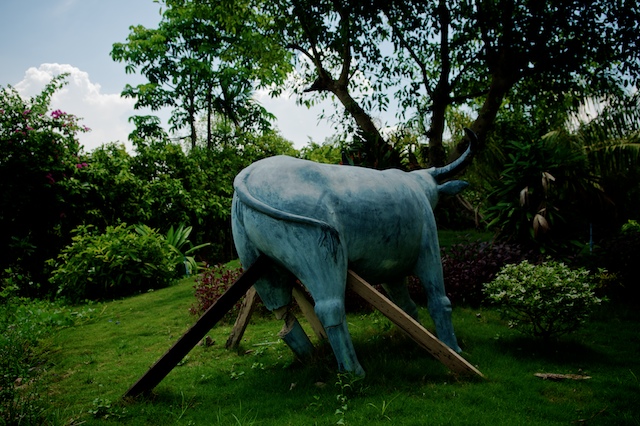 Hitting the road again, we picked up pace as the clouds started to gather behind us. Our little outrun did wonders as we encountered the golden light hour with clear blue sky and beautiful sunlight. All we needed was something to photograph and there it was, right by the roadside, a graveyard. 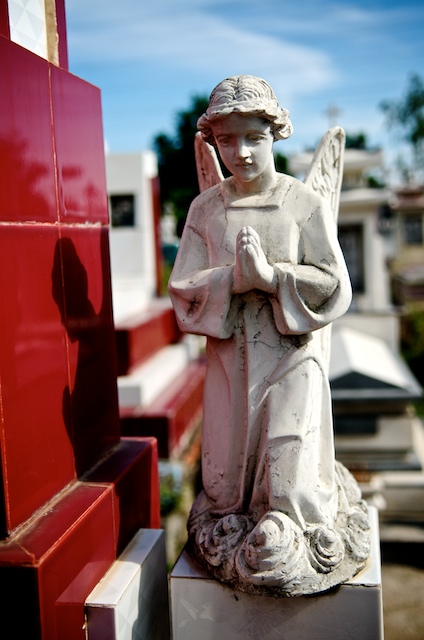 Angel statue at the graveyard.

Onwards we pressed, to make as much of the beautiful light as we could, finally reaching the outskirts of Vung Tau. Plan A was to have a quick bite and then capture a bit more, Plan B happened on a side street as we passed yet another pagoda. Food for the photographic soul instead. 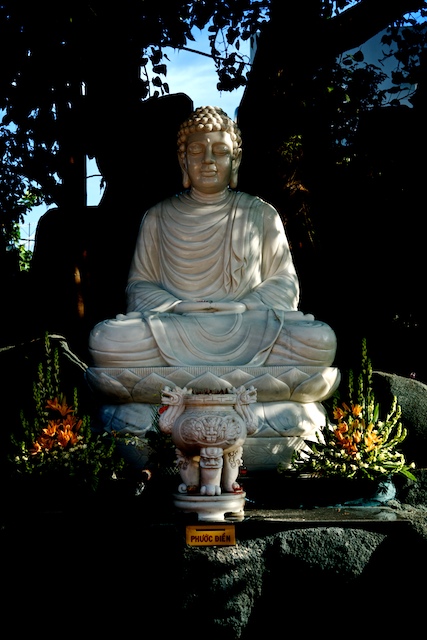 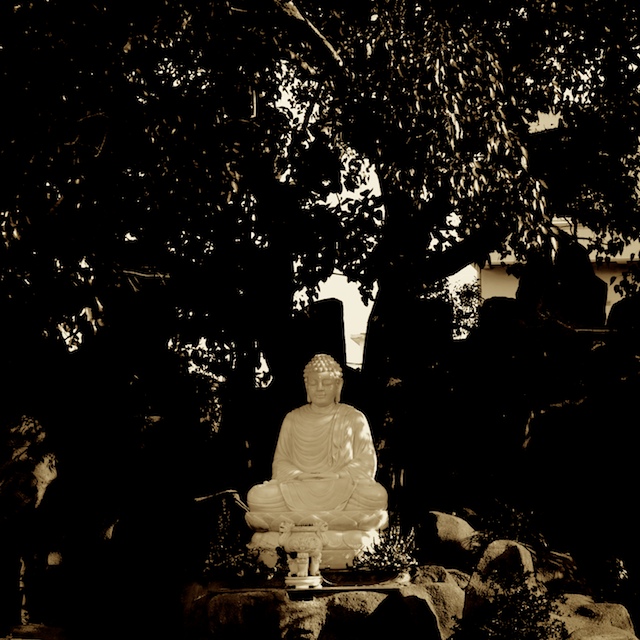 Thus ended the spiritual ride of the day. 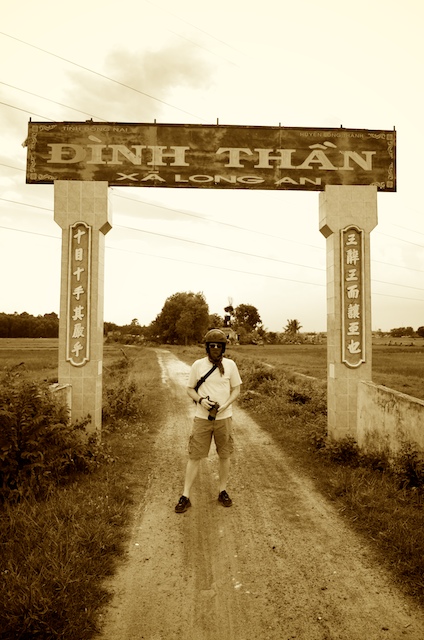