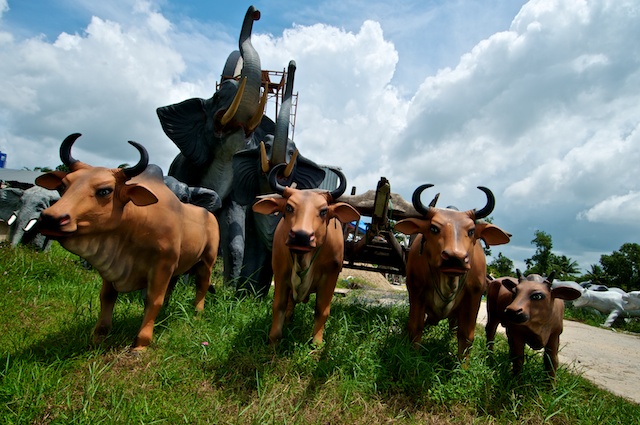 I had sat aside time for another day trip. Planning to go to Tay Ninh, however, I had to cut my trip short and keep it within half a day.

For those of you that arrive to Saigon for the first time, you will be surprised of the modern cityscape, the number of luxury stores and not to mention the chauffeur driven luxury cars that ply the streets with businessmen and businesswomen. Saigon is an extreme side of Vietnam, it highlights the progress, the ambitions and the drive for success and the Saigonese are not shy to show off their success once obtained.

The countryside, as you can guess, is on the opposite side of what you experience in Saigon.

Once I was heading in the direction of Cu Chi I decided it was time to “get lost”. I turned off the main road and started riding down narrow countryside roads until I reached a church next to a market. 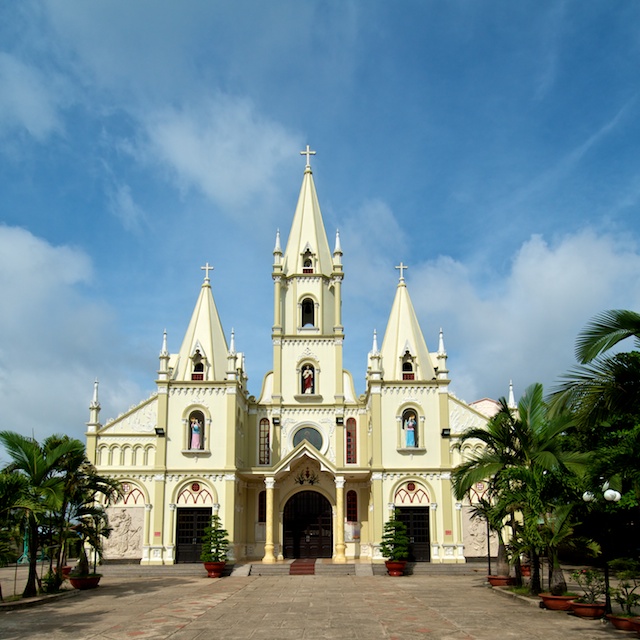 Church by the market. 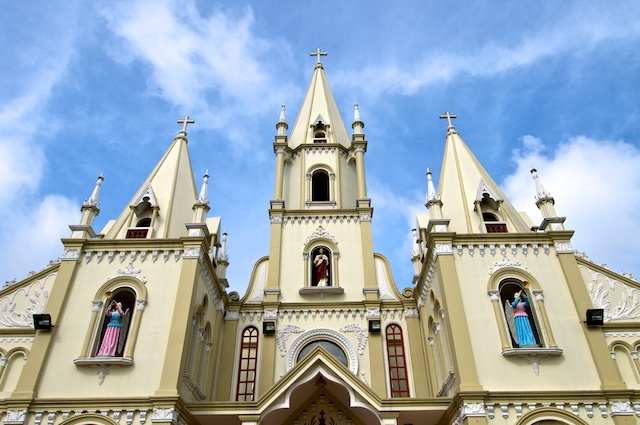 Detail of the church. Note the statues.

Riding along quiet countryside roads with blue sky and sunshine is pure bliss. Passing paddy fields and the odd factory. Discovering the contrast within the landscape. 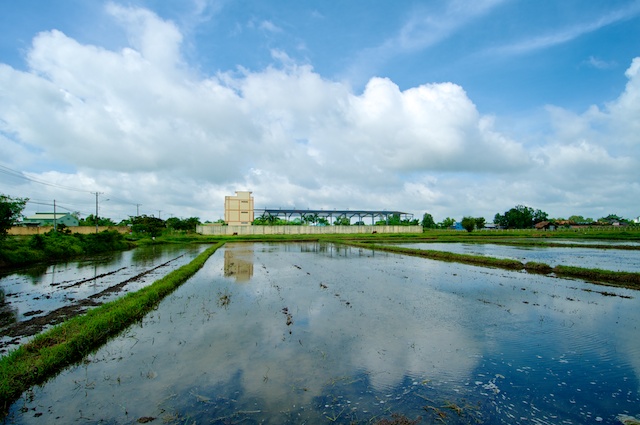 Paddy field and factory building in the distance. 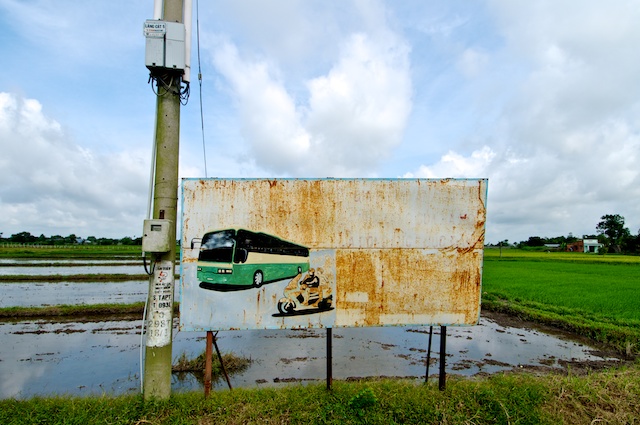 Traffic safety billboard that has not been updated for some time. 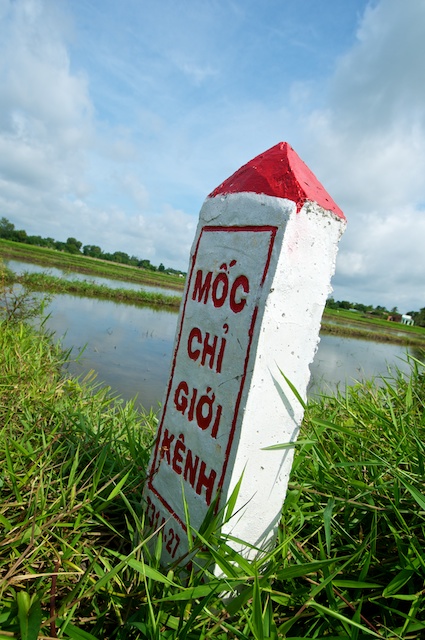 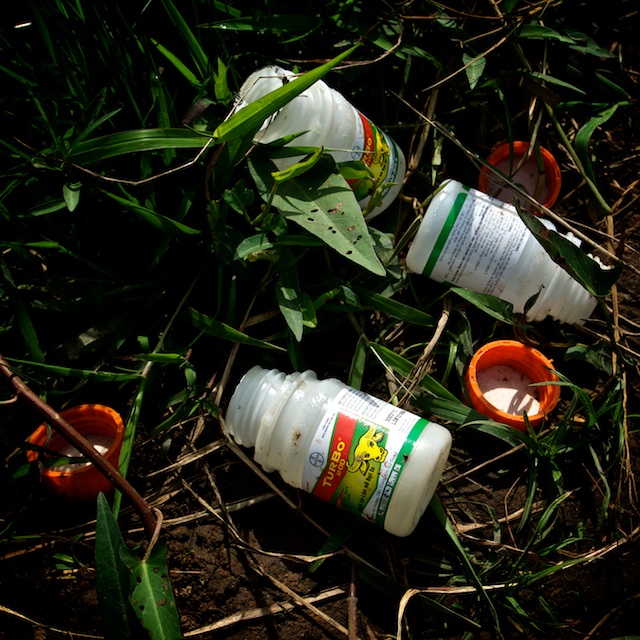 After the paddy fields I tried another side road, or rather, a track as there was no proper road, only dirt. Houses at the countryside are as far as you can get from the city houses and apartment buildings. People still do not lock their doors. They keep dogs that barks when you go by. Hardly any strangers take this road. At the end I reached the paddy fields. The farmers gave me a quick look and carried on as before. Work comes first. 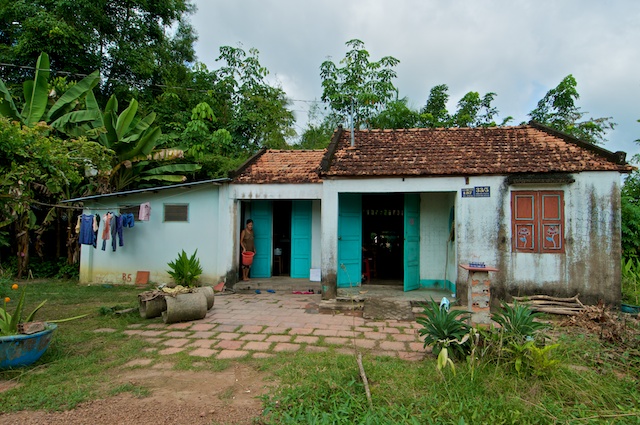 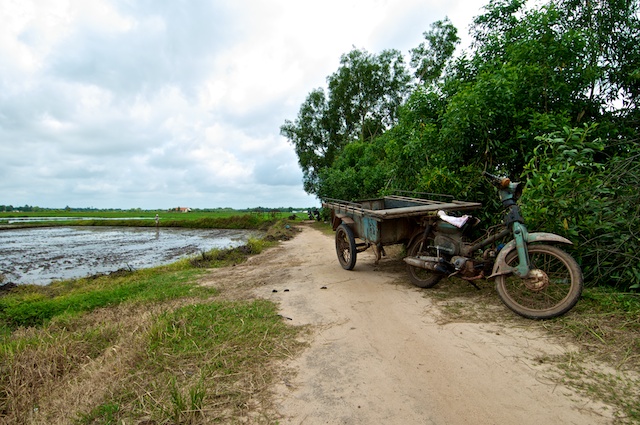 End of the road and the start of the paddy fields. 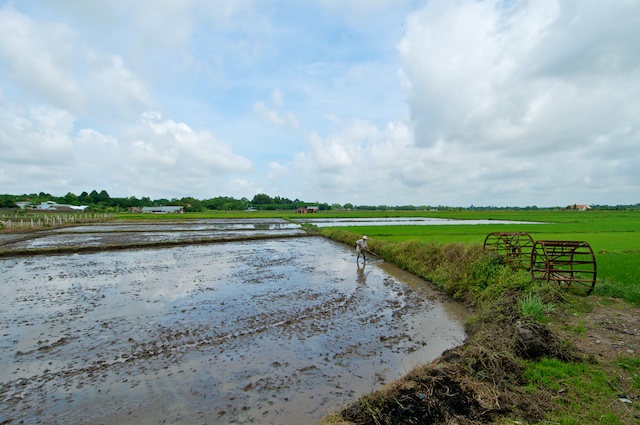 Man and his shovel. 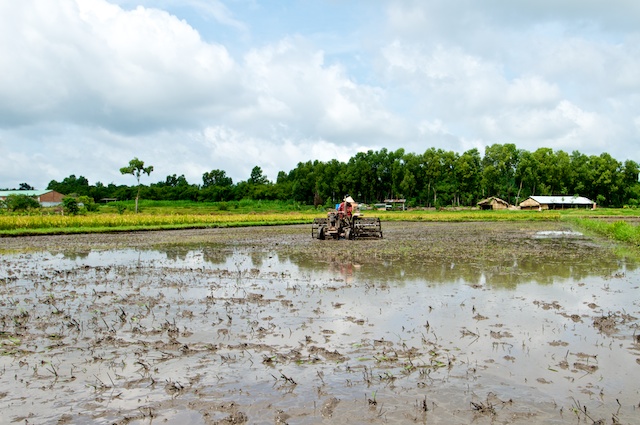 Man and his machine. 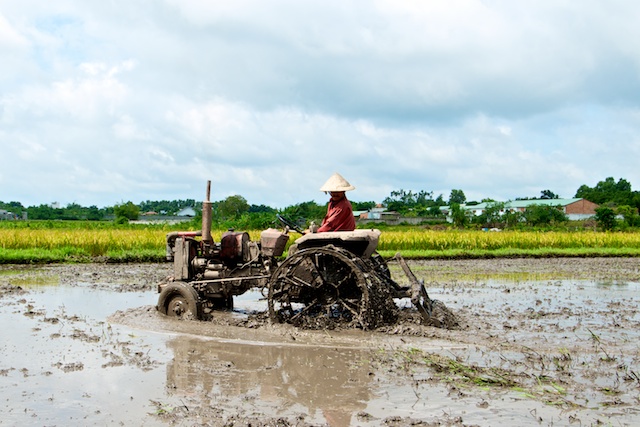 It's no Rolls Royce, but for the farmer it is worth its weight in gold.

Cu Chi. Famous for its tunnel network. Tourists are arriving every day by bus. Google “Cu Chi” and you will get the odd tourist posing in the tunnels. I didn’t venture there. I continued on my motorbike until I found a memorial placed next to a flyover and roundabout. The monument had a connecting park lot with vendors resting in the shade, playing cards. A few armored vehicles were displayed. A brief walkabout and a couple of lottery tickets later I decided to head back to Saigon. Seeing a peaceful church, paddy fields and war remnants I thought I had seen enough contrast from the countryside, but, just as you think you have seen it all, Vietnam surprises you again. 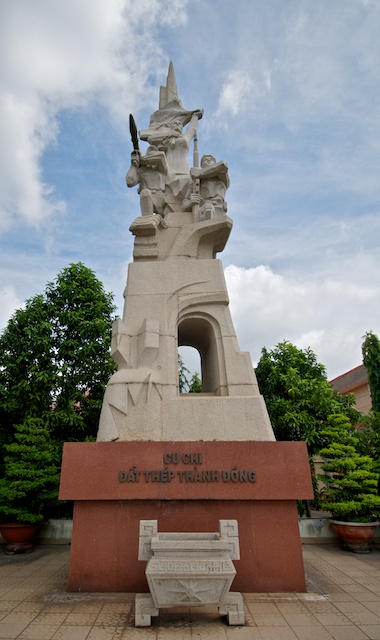 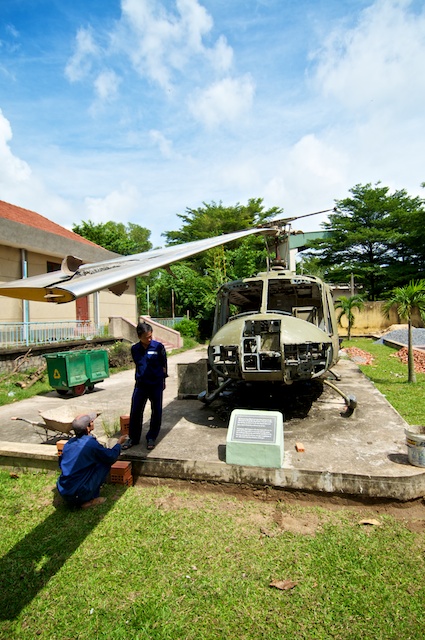 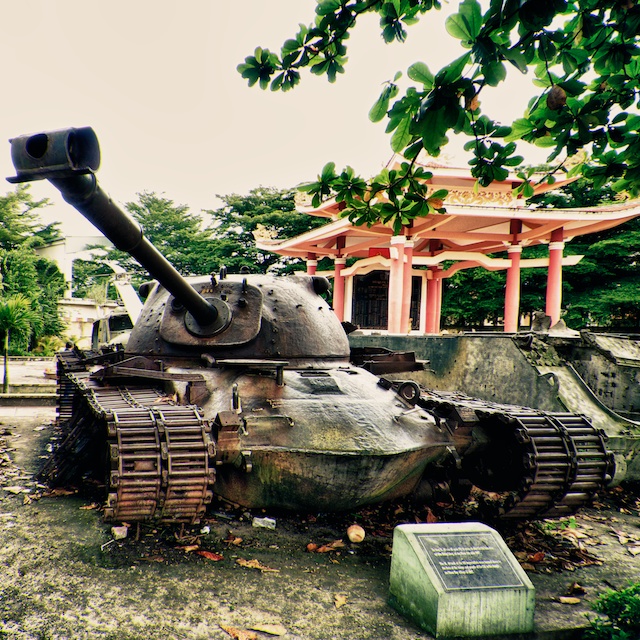 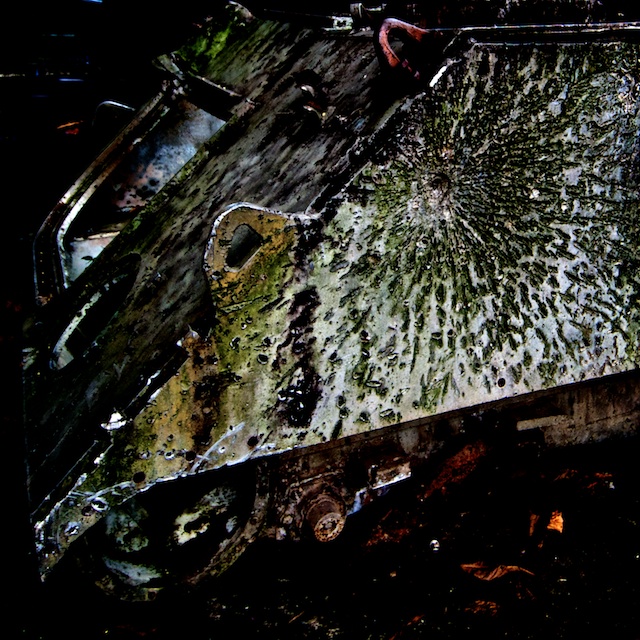 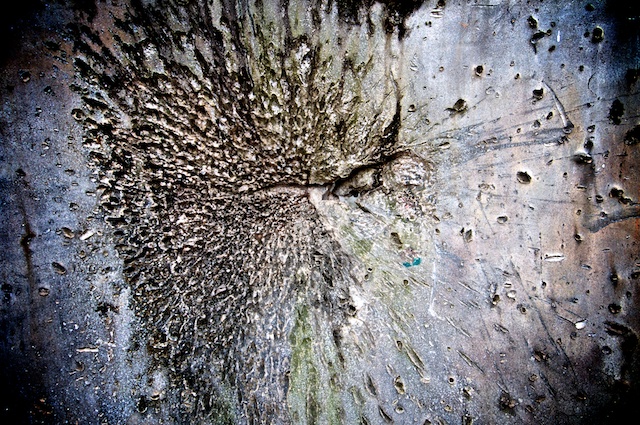 I had to turn back. It was almost too good to be true. Statue of Liberty. In Vietnam. In a field full of animals. Not any kind of animals, statues of animals. Filling the field. Liberation in Cu Chi. 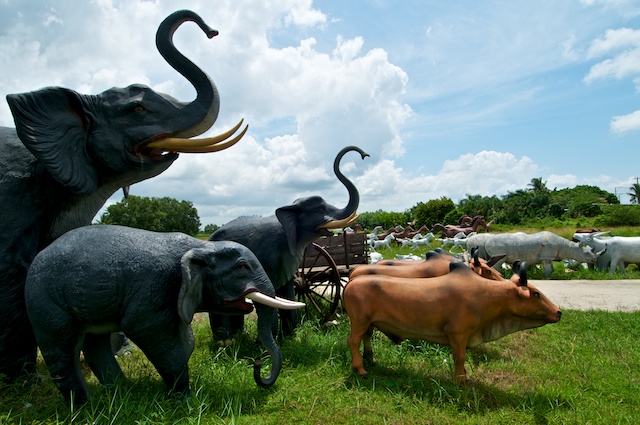 The call of the wild. 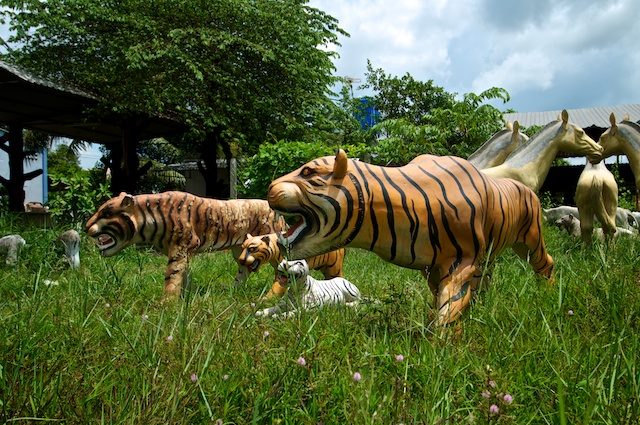 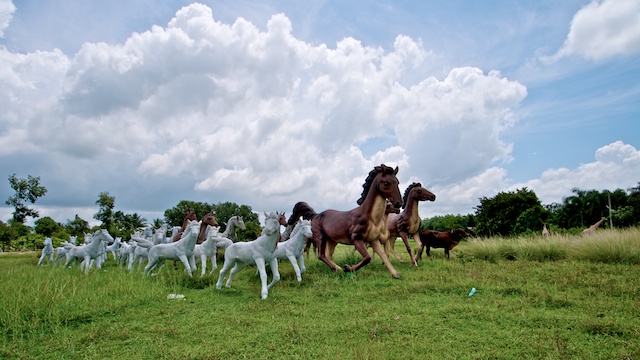 Wild horses and a grazing cow. 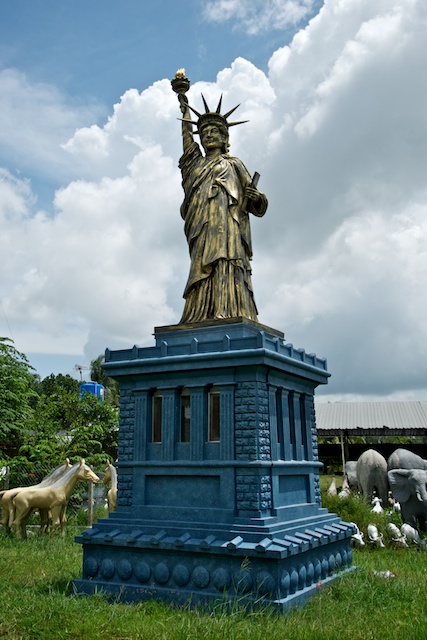 As I was heading back I spotted another statue. A Buddha. Normality restored. 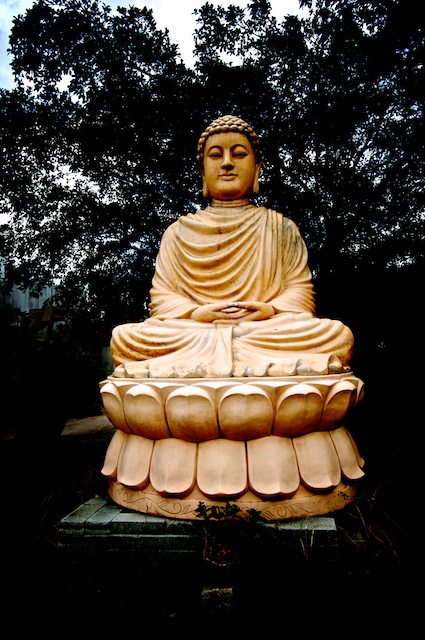 Buddha by the roadside.