“Burning down the house” & the reimbursements 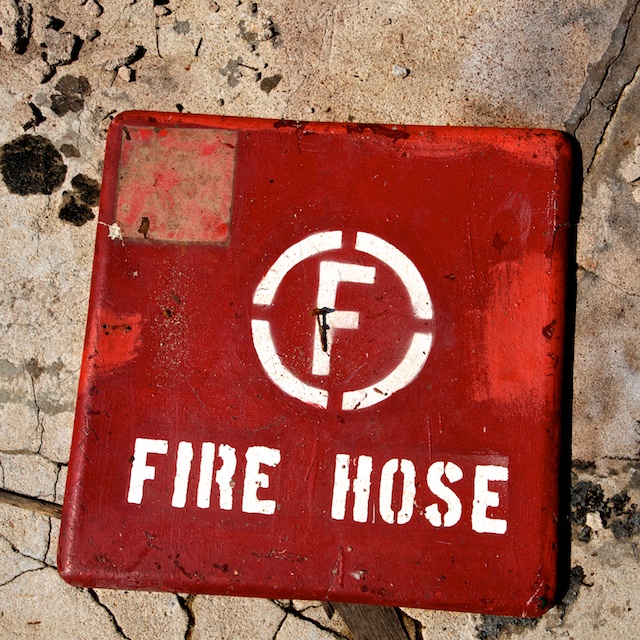 Remains from the house.

Hold tight wait till the party’s over

There has got to be a way

Burning down the house

Thu Thiem area in District 2 is undergoing a massive change and over 12000 households have been relocated according to this source.

“A new urban, financial services and commercial hub connecting the city” according to this one.

For every action there is a re-action. The effects of the transformation are growing more evident. Houses that were selling goods and offering services are no longer there. Even minor pagodas are knocked down. Making way for progress. Locations that I photographed in less than a year ago are no longer existing except as a digital memory of something that once was. 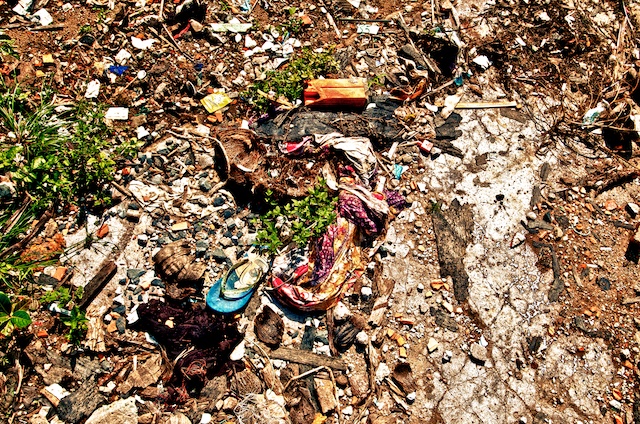 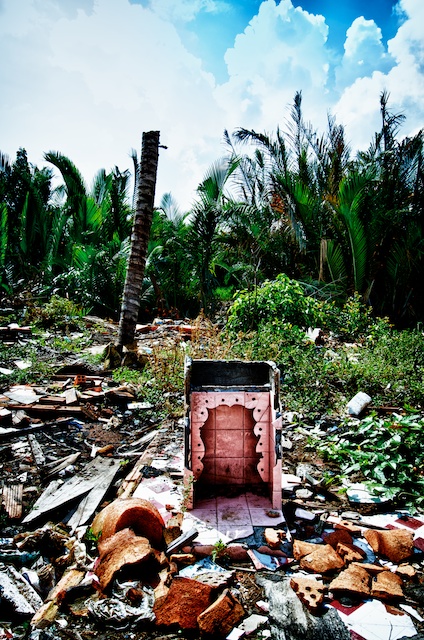 Only the house alter was not completely destroyed. 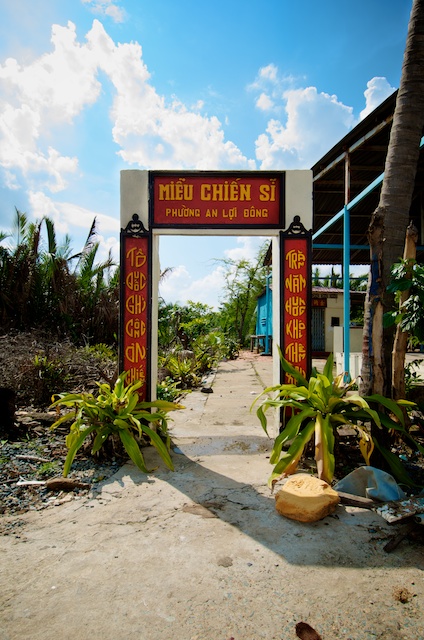 The gate remains as well as the alter. 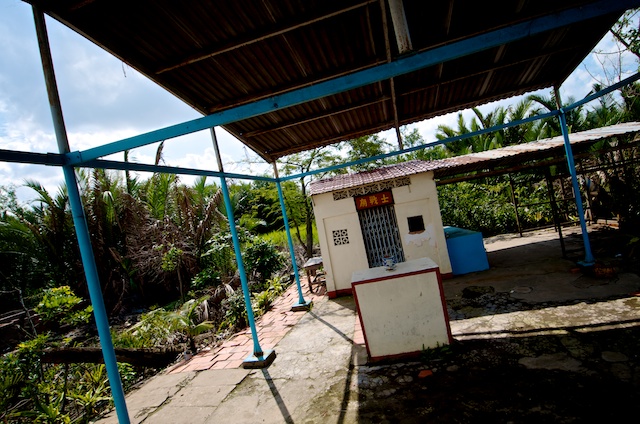 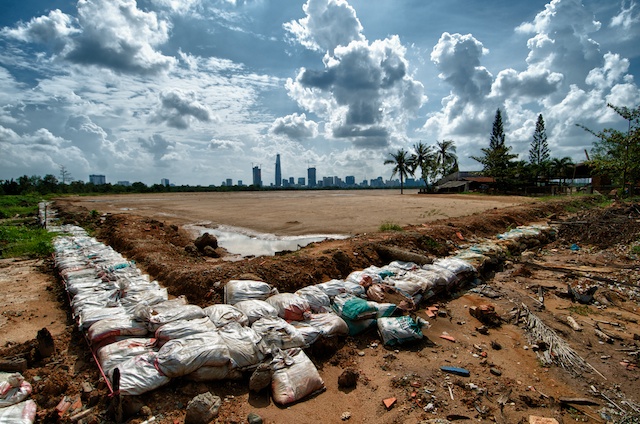 Marking up the area for development with Saigon's skyline in the background. 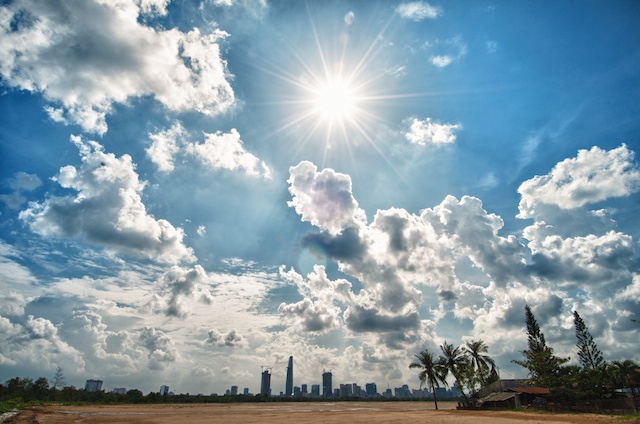 As an oasis waiting to be conquered. 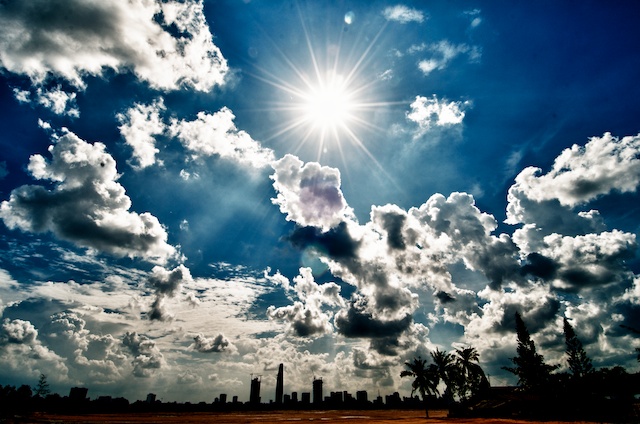 As an oasis waiting to be conquered. Version II