The masked riders of Saigon’s streets. 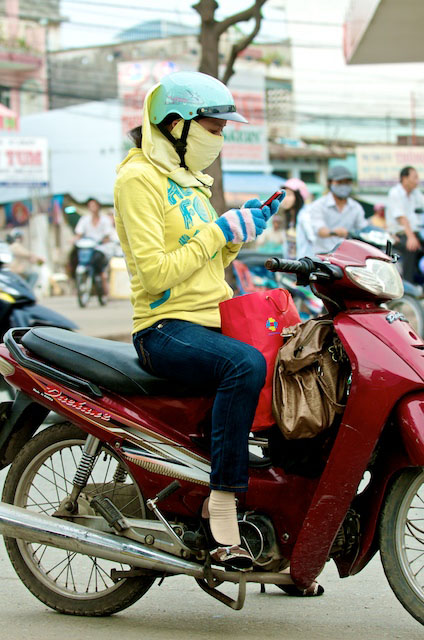 One of Saigon's masked riders stopped for texting, actually a rare, but welcomed sight, as the majority multi-tasks while riding.

Motorbikes are plentiful in Saigon. Over 4 millions according to travelers websites, and in 2000 alone, 1.4 million units were produced locally and sold. According to a survey from 2008, 26 million vehicles are registered in Vietnam, 95% of them are motorbikes. Over 9000 new motorbike registrations daily.

The numbers are just numbers until you meet the herd. Unlike the masked riders of the Old Wild West, riders of the East have less space and more riders and faster means of transportations. The Old West could be lawless and preach the “survival for the fittest” mantra and it has more or less not changed here.

Bikes have to give way for bigger vehicles and bus drivers are regularly referred to as “Devils on wheels” and don’t even start talking about lorry drivers. With horns that blow you off the road if you are lucky or under the wheels when you are not.

Late 2007, the Vietnamese government made the second attempt at introducing mandatory helmets for all motorbike riders. The first attempt failed within the cities as people rather paid the fine than to “destroy their fashionable look” by wearing helmets. The second attempt was better, however, the law had to later be amended to include reference to how the strap should be secured as many simply put the helmet on when they noticed the traffic police. Others were riding with the strap too loose, and it is still common to see riders stop to pick up their helmets as they flew off their heads while riding at higher speed on the highway.

Despite getting people to wear helmets and the efforts to get them to wear them correctly, too many have opted for sub-standard helmets that you can pick up for around US$2 and upwards. 80% of helmets in circulation are reported to fail standards.

Some still refuse to wear them at all as seen below. 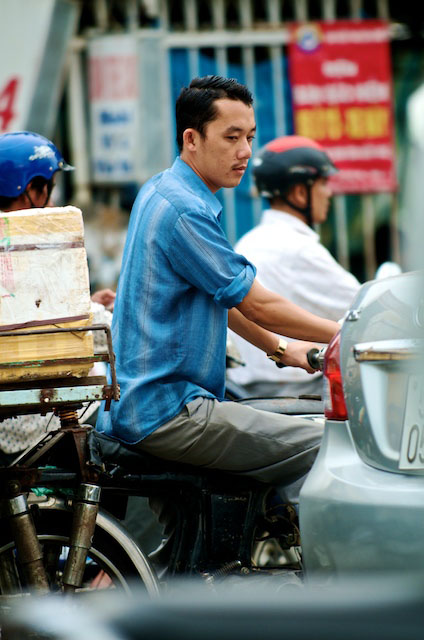 Still refusing to wear a helmet while riding a motorbike.

All hooded up. Hoods are always in fashion amongst bike riders, especially female, as hoods help them to cover up from the sun. Hoods with text/lettering on can be of endless amusement due to numerous spelling mistakes and/or subject matter. Ignorance can be bliss sometimes and the topic is worthy of its own blog post. 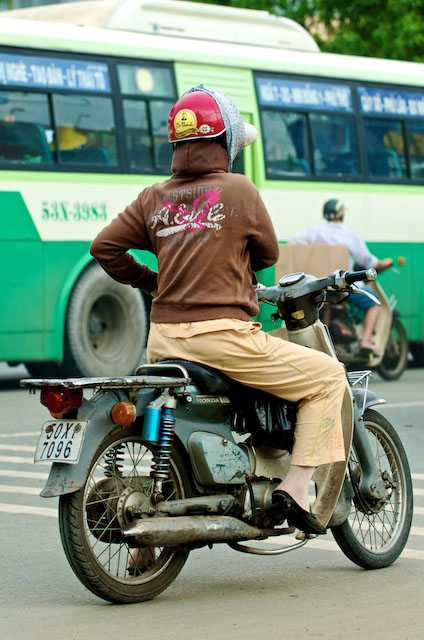 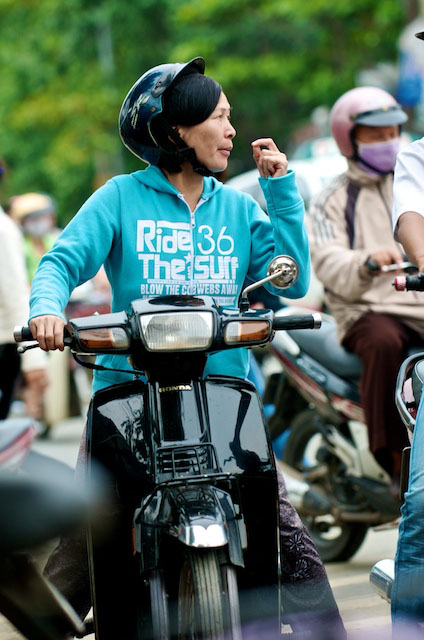 Wearing a hood with English text.

Despite the hot climate, gloves are being used to shield the sun rays. Even boys can be seen riding with their wrists turned upwards to “minimize” their exposure and sometimes people ride with umbrellas as shield. Colourful socks worn in flip-flops are also part of the sun protection kit. 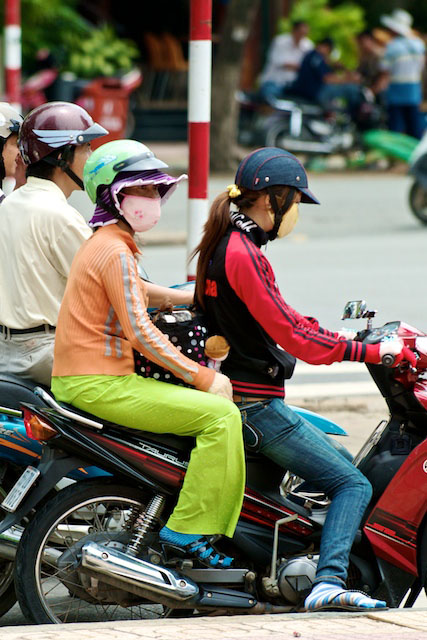 The habit of stopping, sometimes on the pavement in order to text or call, is picking up, especially if you have an expensive phone. Yes, the majority of riders are still using their phone while riding, however, others can easily ride up alongside and snatch the phone. Once you have had one or a few phones stolen, you start thinking security and for optimal security, you park on the pavement. 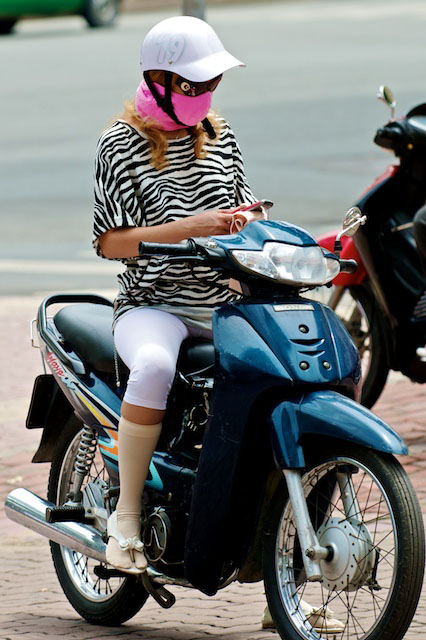 An unwritten rule it seems, the following rider combinations are commonly used. Single riders, self explanatory. Dual riders, the obvious options: two females or two males. Then, when you start mixing, you will notice, male rider and female passenger, more or less all the time. The most typical exception to spot in District 1, female rider and expat male passenger, either newly arrived or too scared to ride. 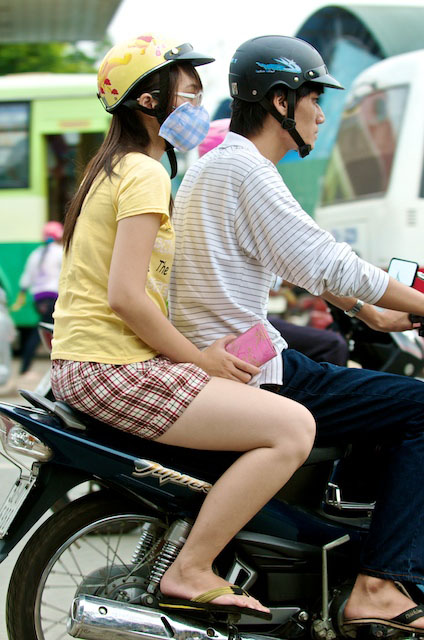