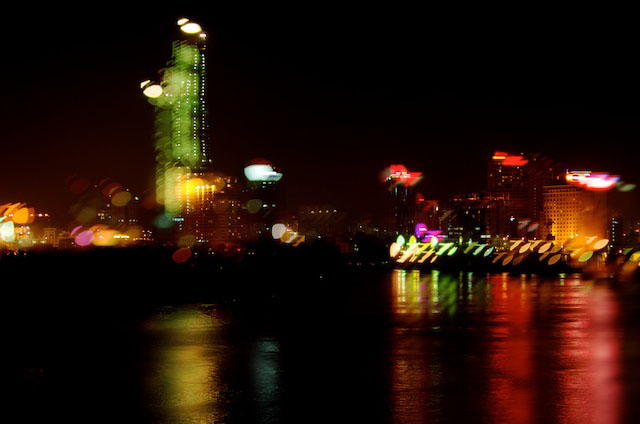 Experimentation is vital. It is good. Sometimes it works the way we want. Sometimes not. Nevertheless, we did it. To do is success in itself.

The image seen above was taken from Thu Thiem bridge overlooking District 1 of Ho Chi Minh City, or Saigon as most residents prefer.

It is a long exposure, camera on tripod, manual focus and open aperture. What differs is the details in the bokeh, revealing the numbers 1010.

It was an experiment. Shot on spec. The potential client did not like it. Some will consider that a fail. We call it a successful experiment. We went out to achieve a certain effect and returned with a capture containing that effect. Goal achieved. Simple as that.

We did this for us and if we could sell it along to others it would be an added bonus. The important fact is to go out and do what you set out to do. It is a good way to grow. To get out of the comfort zone. Need help to motivate? Make a New Year’s resolution now.

The effect above is relatively easy to achieve. First you decide on what you want to have projected. We wanted numbers. Number 1010. Our lens has a 77mm filter dimension. We created a 80mm template in illustrator. 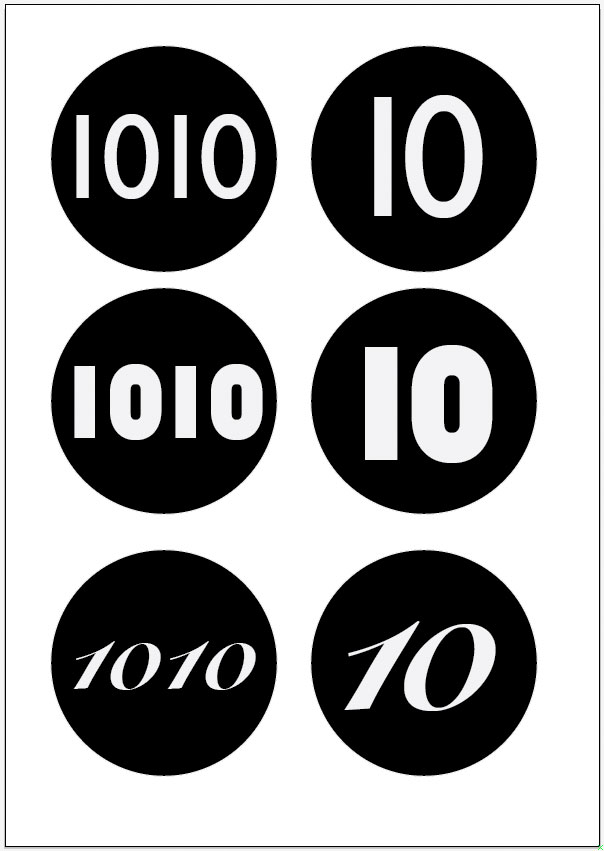 Decided on three different typefaces and two different options. Six masks. Printed out on a standard A4 paper, spray mounted on black cardboard. Then cut out the white lettering. Placed mask in front of the camera lens while shooting and voila, you have got you own customised bokeh.

Experimentation is fun. It is good. It is also good practice. “Designed by accident” from Johnson Banks is a worthwhile read and while you are at it:

“…Experimental design is a planned interference in the natural order of events by the researcher. He does something more than carefully observe what is occurring. This emphasis on experiment reflects the higher regard generally given to information so derived. There is good rationale for this. Much of the substantial gain in knowledge in all sciences has come from actively manipulating or interfering with the stream of events…”

“The Basics of  Experimental Design” by Sid Sytsma and hosted by R.M.Mottola