Why nine lives are not enough for a copycat… 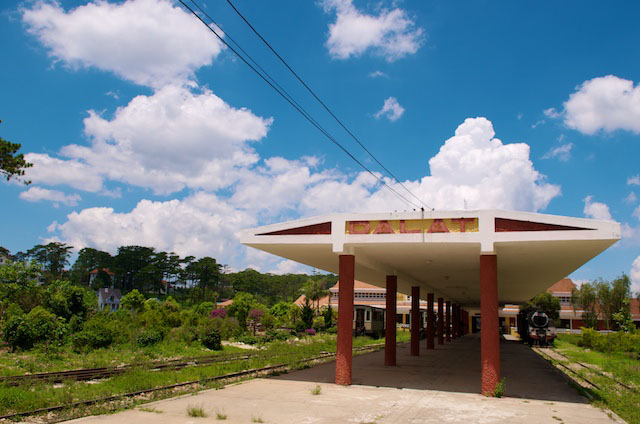 They say imitation is the sincerest form of flattery, however as a visitor to Dalat’s old train station, my enticement to buy a souvenir for my son, who happens to love Thomas the tank engine, vanished as hot steam in the air as I walked into the shop.

I could have been in Saigon, Hanoi, Nha Trang or even Bangkok. They had the same inventory. The same. “Same same” as they sometimes say. This time “same same” was “same same”. It was not “same same but different”. It was not being told that the Polo shirt from the street stall was exactly the same Polo shirt that retails for x amounts more. It looks the same, but is not the same. 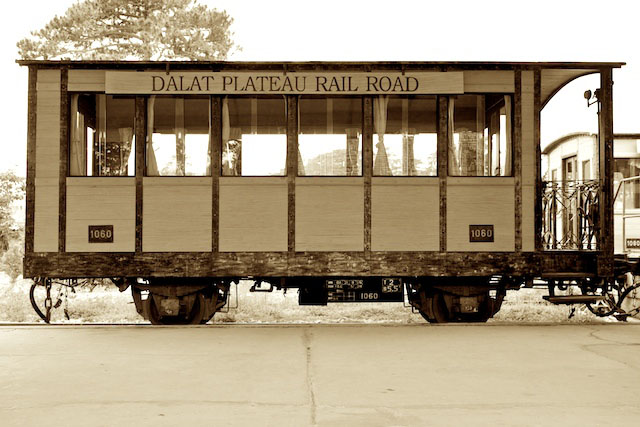 Here I was at a train station and the only souvenir I could find depicting a train was a white t-shirt with a black silhouette train. I could get wooden cyclo’s, the usual t-shirts and lacquer ware and all the other items I would find elsewhere. I was at loss. You’ve got a good location that attracts new tourists on a regular basis. They all come to see the old station and the old train. They also want to take a train ride. 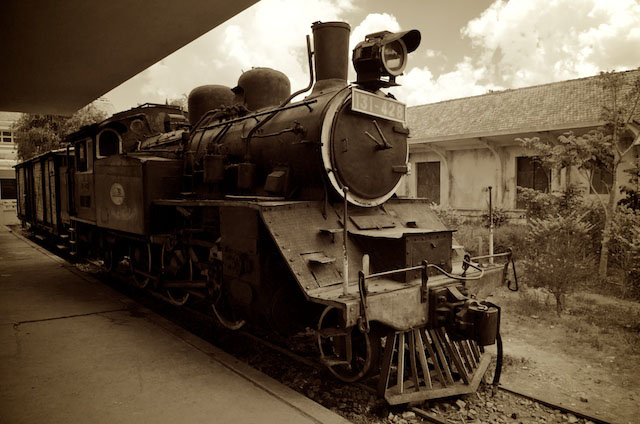 Recap. So you have a good location and you have a steady stream of potential customers and you want to sell them souvenirs. So far so good. Then you look at what others offers of souvenirs and you fill your store with exactly the same goods. Something just derailed. Back on track. Filled with exactly the same goods? So when your customer arrive in Bangkok and see something of interest and purchase it, do you really think the same customer wants to purchase the very same goods from you? How far down the food chain is Dalat?

I am amazed that the shop was not filled with trains. People come to see trains. It is a train station. It is in the guidebooks. It got something that is different and you don’t sell train souvenirs? Except for a lousy t-shirt. Low quality. Almost like an afterthought.

Almost needless to say, we did not buy anything except for water bottles and ice-cream and that was from the other kiosk.

It is always easy to copy what you see others are doing and thinking it will be a successful business, but it will never be the same. The souvenir shop will go through their “nine lives” unless they start innovating.

“Now, despite being very entrepreneurial in one of the fastest growing economies in Southeast Asia, Vietnamese folks are not very innovative, especially in the fields of sciences and technologies. The 2009 Global Innovation Index ranks Vietnam as #73 out of 110 countries with scores of -1.09 and -0.16 for Innovation Input and Innovation Performance.”

It is clearly room for improvement as copycats are everywhere and copying has been here for a long time, including the art museums and institutions.

VietNamNet posted an article about: Learning or imitating? and the WildWildEastdallies recently posted: Stealing ads? Let’s shoot somebody’! 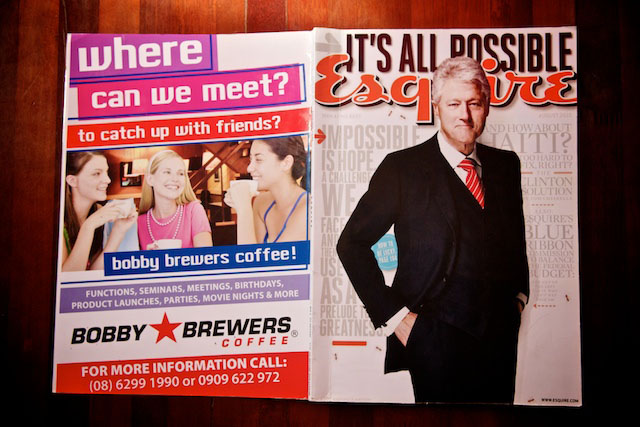 Finally, via Mr 720’s tweets, I had to see it before my own eyes to believe it, a copied magazine! Elle and Esquire got photocopied. In colour. Only to run a full ad for Bobby Brewers, the very place that have them available for their patrons to read. I guess it is cheaper to get the local shop to do a colour copy of the magazine than to actual purchase the advertising space. Back covers are not cheap. German Elle rates outside back cover at Euro 37,000. 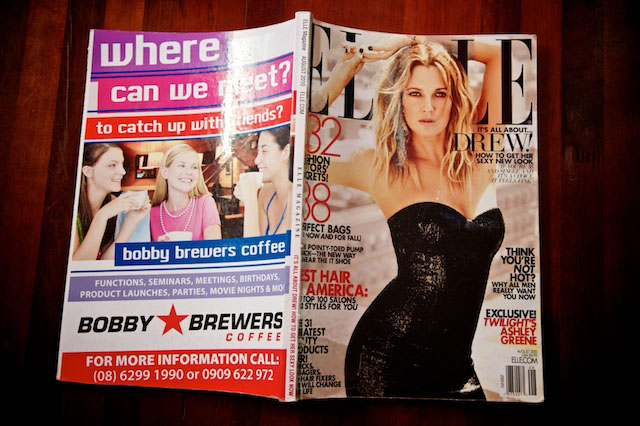 At an average price of 50,000 VND or roughly Euro 1,90 per cup of coffee, over 20,000 cups sold are needed to cover a real ad. That’s a lot of coffee. With the imminent launch of Elle Vietnam (October 21st 2010), I believe Bobby Brewers would prefer to sell more coffee and buy the real deal. 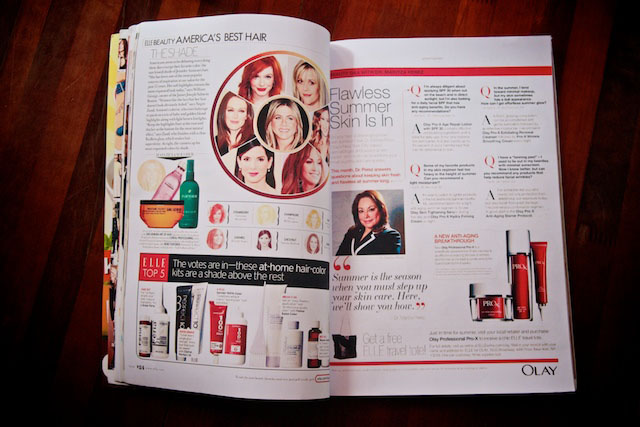 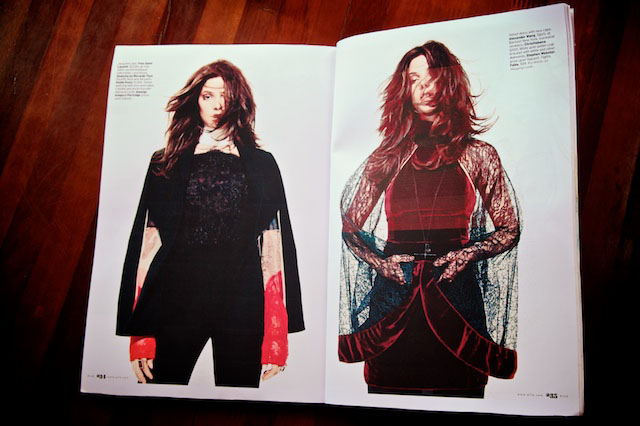