Showtime. Or so we hope. At the ticket counter they wouldn’t sell us tickets, instead they told us to take a seat and wait in hope. Hope that more than ten souls were willing to spend half an hour to watch an art form that dates all the way back to the 11th century. Welcome to the world of water puppetry in 2010.

We were lucky. More than ten arrived and we were asked to purchase tickets. Around 50.000 VND for an adult and a child ticket. Finally show time.

It is worth seeing. Period. If you have children and live in Vietnam it is worth seeing more than once. First time I went with Tian was on an outing arranged by the kindergarten and he loved it. We sat at the back as he was still a bit skeptical to the puppets. However, the second visit it was front row and the show is still as mesmerizing as the first time. 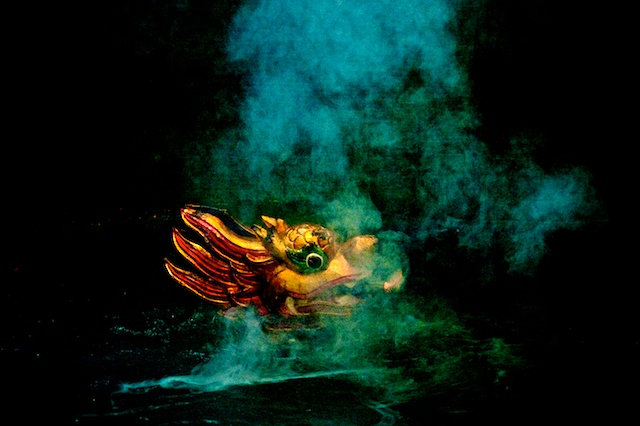 The quick summary: Water sprouting dragons turning on their fire and smoke, farmers protecting their ducks only to fail, children swimming and performing acrobatics and men and women catching fish the hard way. 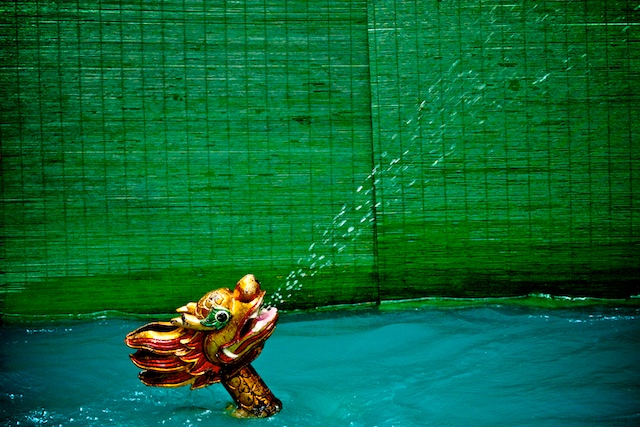 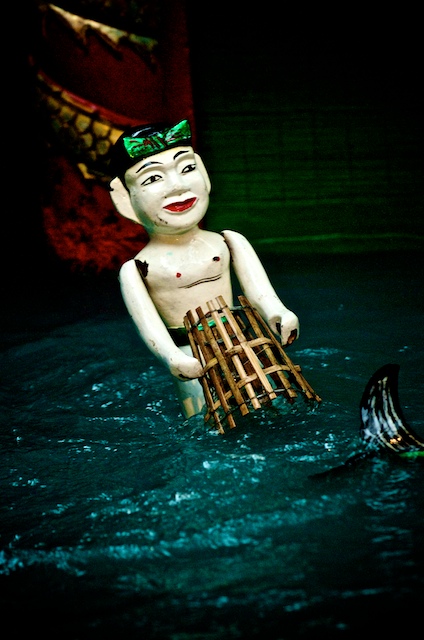 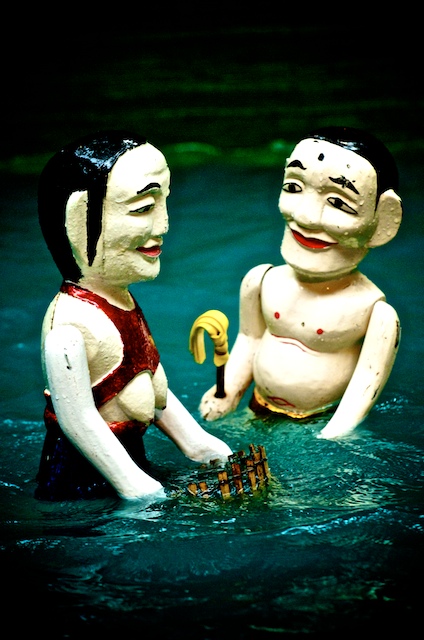 Splashing water, the screams from children when hit by water droplets and the traditional music pouring over the loudspeaker system interspersed with laughter make the 30 minutes experience seem like only 5.

Afterwards you have the option of touring the museum, enjoy drinks or ice cream at Ozo or venture further into Saigon Zoo next door.

They do morning and afternoon shows. We went in the afternoon. 2pm, 3pm or 4pm.