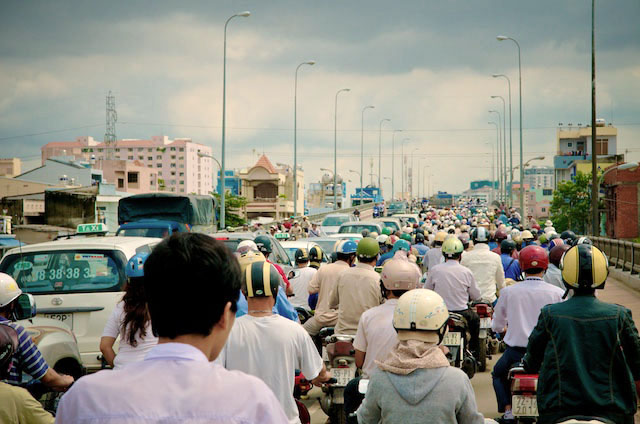 The image above was captured on the road from Phu My Hung heading towards district 4. A motorbike carrying building bricks had slammed into a SUV and consequently fell on the road, breaking most of the bricks. Police at the scene filling in forms while the traffic jam is building up as the SUV was parked in the bike lane and the motorbike was dragged onto the pavement. One single accident and the cars piled up a few kilometers behind. Welcome to the fragility of Saigon’s road infrastructure. 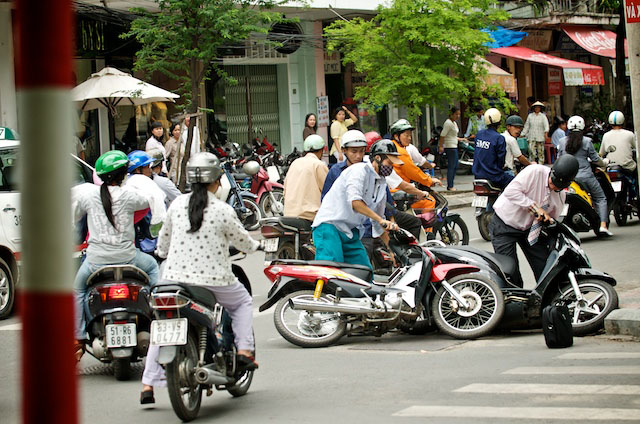 The man with the tie ran red light and tried to get in front of the oncoming traffic but got hit just before he made it. Accidents like these happens every day. Hit and run. Only when the bikes or the riders sustain considerable damage they will involve the traffic police. In this case, the business man got on his bike and drove off with a broken plastic cover and bruised ego. All done in less than two minutes. 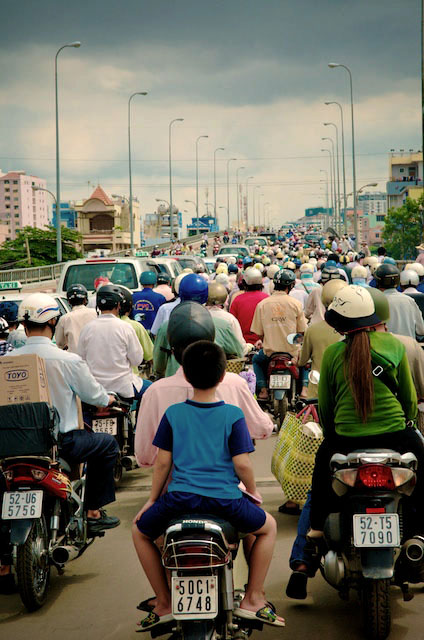 As a parent myself, it both saddens me and angers me when I see parents taking children on motorbikes without helmets. In this case, the father is wearing the helmet while his son is not. Even at slow speed, a head impact can be lethal. I know that first hand. Bike riding on a racing bicycle at around 35-40 km an hour, my tires tripped me up on a cobblestoned road and I went head first hitting the road surface. A 1 cm imprint on the helmet from the stones, fractured neck, split lip and broken teeth. Was told by the doctor that stitched me up that the helmet was the only reason I was still alive. A good helmet is priceless.